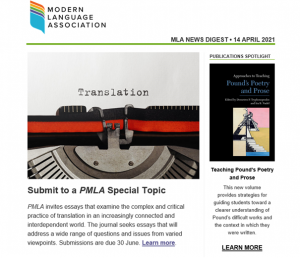 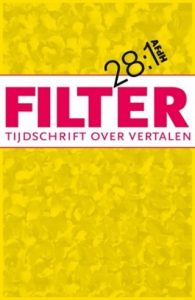 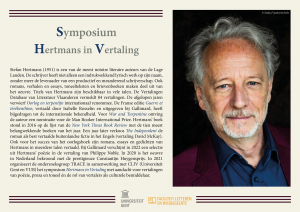 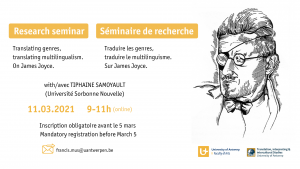 The omniscience of Joyce’s narrators goes a long way, as it pertains not only to characters’ inner thoughts, but also to their own formulation of these thoughts, i.e., their inner voices and idiosyncratic and sociolinguistic ways of expressing such thoughts. In Joyce’s world of words, characters have their own speech, and narrators tend to embrace these ways of expression typical of the focalizers and characters they speak of. However, this ‘Uncle Charles Principle’ (Kenner, 1978) entails more than just specific word choices. Characters’ voices and inner voices re-used by narrators are also a means of characterization, i.e., of portraying a specific character’s psychology and social class.

The subtlety of such double-voiced discourse in which characters’ speech and inner voices are reproduced by narrators constitutes a challenge for translators. Not only is double-voicedness easily overlooked, the stylistic variety it implies is at odds with ‘translation universals’, such as normalization, standardization, and conventionalization (Laviosa, 2001; Mauranen, 2007).

We invite Joyce scholars and translation scholars to reflect on why, how and to what extent the Uncle Charles Principle causes translation difficulties, and to analyze how Joyce translators have either overlooked or resolved these difficulties. We also invite speakers to reflect on how the translational phenomena observed may allow for a theoretical fine-tuning of Kenner’s principle. Examples may be drawn from translations of Dubliners, A portrait, or Ulysses into all languages, but should be limited to passages showing the Uncle Charles Principle.

Research questions may include, but are not limited to:

Proposals – title and 200 to 300 word abstract – are to be addressed directly to kris.peeters@uantwerpen.be and Guillermo.Sanz.Gallego@vub.be,

As panel chair, we will submit the panel proposal, including names, affiliations and titles of all speakers, by Feb. 15, 2021. Depending on the number of proposals we receive, we will decide whether to submit a single panel (of 4 speakers), or a double one (which would allow us to accommodate up to 8 speakers).