Patricia Willson is an Argentine literary translator and is currently professor at the University of Liège. She obtained a Ph.D. in Literature at the University of Buenos Aires, where she completed before both a MA in Literature and a MSc in Biochemistry. She was professor of translation studies at the «Juan R. Fernández» National Institute for Foreign Languages, where she chaired from 2004 to 2010 the Permanent Seminar of Translation Studies. From 2010 to 2012, she was professor at El Colegio de México. She has been awarded with the Essay Prize of the Argentine National Arts Fund for her book La constelación del Sur. Traductores y traducciones en la literatura argentina del siglo XX, and with the Panhispanic Prize for Specialized Translation. Her research has focused on the history of translation in Argentina in the nineteenth and twentieth centuries, its social and political context, and the role of translation in intellectual and literary history. She has been invited to give lectures and seminars in universities of Europe and the Americas. In 2007 she was appointed Mercator Professor of the Deutsche Forschungsgemeinschaft (DFG) at the University of Erlangen-Nuremberg. She has translated into Spanish literary works by Mary Shelley, Gustave Flaubert, Jack London, Mark Twain, Rudyard Kipling, H. P. Lovecraft and Henri Bauchau, and  philosophical and theoretical essays by Roland Barthes, Paul Ricœur, Jean-Paul Sartre, Richard Rorty, and Slavoj Žižek, among others. 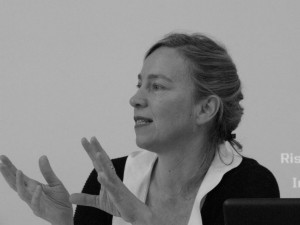