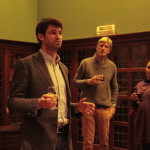 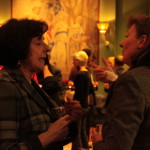 Bringing together scholars from different disciplines such as cultural studies, translation studies, area studies, comparative literature and anthropology, this conference aims at providing a new understanding of exile as a theoretical concept, analytical category, and lived experience in the study of the translation of (literary) texts.

From Ovid over Dante to Victor Hugo, D.H. Lawrence, Thomas Mann, Assia Djebar, Irmgard Keun, Mahmoud Darwish, Salman Rushdie and Julia Kristeva, just to name a few prominent authors, the experience of exile has profoundly influenced world literature throughout the centuries. For most of these literary émigrés, exile has never merely been a question of location, of being somewhere else, but also of being in a different culture, of which the foreign language is one of the most immediate features. Especially literary exiles experience the problem of the foreign language on a daily and unmediated basis. They are constantly translating or being translated. Their survival, financially and existentially, depends to a great extent on language.

Exiled writers can translate themselves, be translated or become translators of other authors’ works. Present-day Europe has a number of immigrant writers who publish in the language of their country of adoption, with differing degrees of acceptance of the norms of their new language. Some of them are harassed by authorities, confronted with censorship, excluded from literary institutions, submitted to physical and psychological threats, living in fear of imprisonment. They were forced to leave their homes because of ideological, ethnic, religious, or moral reasons. Others were accused of lack of patriotism in war times or were regarded as obscene by moral conservatives.

However, the émigré translator can become a catalyst for conceptualising alternative worlds by initiating a dialogue with works of world literature. Exiled writers have put to use their knowledge of languages by translating either works of their homeland into the adopted language, or the other way round. Vladimir Nabokov translated Pushkin, Cabrera Infante translated James Joyce, Pedro Salinas translated Marcel Proust, Hans-Henning Paetzke translated György Konrád, Felix Pollak translated Heinrich Heine. Some of them also translated their own work into the language of adoption: Nabokov translated his early works into English, as did Cabrera Infante. The examples are legion.

This conference will touch on questions of multilingualism and displacement, and on their methodological implications for translation studies, first and foremost with regard to translating literary texts as a political and cultural practice. This conference wants to plead for a less metaphorical and more empirical understanding of translation. The focus will thus be on the interlingual nature of translation and exile as an interstitial locus of enunciation. The aim of the conference is to further our understanding of the authors’ experiences of exile, their function, opportunities and problems as (self-) translators, as well as explore how these émigrés have documented and represented their stories. It aims at circumnavigating a broad spatial and temporal spectrum. The focus of the conference is neither limited to the analysis of translation in the context of European languages and cultures, nor to one specific historical period.

Please note that there will be a conference fee of 100 Euro.

The language of the conference is English, but other languages (French, German, Portuguese and Spanish) will be considered. A publication of the proceedings with selected contributions is planned.