Michael Boyden is a Senior Lecturer (Associate Professor) of American literature at Uppsala University, where he has worked since 2013.  Prior to his appointment at Uppsala, he was an Assistant Professor (Junior Lecturer) at Ghent University, a post-doctoral researcher at the University of Leuven, a fellow at the German Historical Institute in Washington DC, and a Fulbright scholar at the Harvard University Longfellow Institute. He received his undergraduate and doctoral degrees from the University of Leuven in a program that included periods of study at Queen’s University Belfast, the University of Edinburgh and the University of British Columbia in Vancouver. He has published on the impact of translation on narrative texts and migrant literature, including themes such as self-translation, code switching and literary diglossia. His current research focuses on the reception of foreign revolutionary ideas in American literature in the firt half of the nineteenth century. 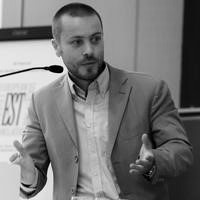