His research is located at the intersection of French Studies, Literary Studies, and Translation Studies. In his PhD thesis, he studied the internationalisation of the Belgian avant-garde: drawing on a corpus of artistic magazines written in French and/or Dutch, he used discourse analysis to examine how, within literary criticism, the notion of ‘internationalism’ influenced the visibility of translation and how translation was variously defined. Subsequently, he investigated the international circulation of music and literature, with his main focus initially being the reception of Leonard Cohen’s work, both within Canada and internationally. Francis has gone on, however, to broaden the scope of his scholarship by editing a Dutch-language book on musician-writers and by co-editing, with Sarah Neelsen, a special issue of JoSTrans devoted to translation and plurisemiotic practices. His current research deals with the notions of visibility and discretion in representations of translators and translations.

Francis has contributed to a variety of leading journals in the fields of Translation Studies and Literary Studies, including TTR, JoSTrans, Orbis Litterarum, the Canadian Review of Comparative Literature, and Cadernos de Tradução. His monograph The Demons of Leonard Cohen (2020) was awarded the Literary Prize of the Province of East Flanders and was a finalist for the Foreword INDIES Book of the Year Awards.

Francis teaches courses on French cultural history and on French/Dutch translation and translation studies. He also serves on the editorial board of JoSTrans and the scientific committee of the Book Series ‘Truchements’ (University of Liège) and is a member of the TRACE, CLIV, CERES and CETRA research groups.

His research interests include: 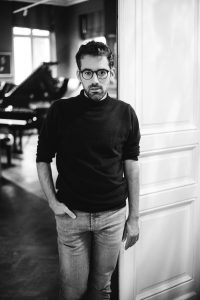