Lidia Rura is an assistant lecturer at the Russian section of the Department of Translation, Interpreting and Communication at the University of Ghent. She has a degree in history (Moscow 1984) and translation studies (Ghent 2005 & 2006). As a student in translation studies she did an internship at the Aston University in Birmingham. She worked as a freelance translator/ interpreter. As from 2006 she worked as a researcher for the projects: DPC (Dutch Parallel Corpus) and SONAR (reference corpus of written Dutch) at the department of Translation Studies at the University College Ghent. As from 2008 she continued to work there as an assistant lecturer at the Russian section. In 2016 she obtained a PhD degree for her research into the life and work of the Russian dissident poet Alexander Galich. Her current research interests include the Russian genre of guitar poetry and its translation, on which she wrote several publications. 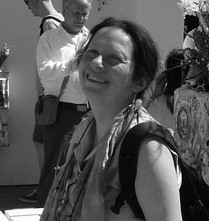