Amaury de Sart is a teaching and research assistant in the French section of the department of Translation, Interpreting and Communication (Faculty of Arts and Philosophy, Ghent University). In 2012, he obtained a master degree in French and Spanish Languages and Cultures from the University of Liege, focusing mainly on the fields of rhetoric, semiotic and 19th-21st century literatures (his master thesis was about Henri Meschonnic’s poetics). After being graduated, he took part in several projects in the cultural sector in Brussels and did an internship in journalism in South Africa. Since october 2015, he has been working on a PhD on the influence of translation in the work of the Spanish author Julián Ríos. 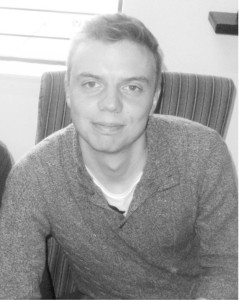